To address devastating levels of anti-Asian sentiment and violence this past year, President Biden signed legislation on Thursday aimed at strengthening law enforcement’s efforts to identify and investigate anti-Asian hate crimes. As Asian American and Pacific Islander (AAPI) communities continue to confront verbal and physical attacks, including the loss of four Sikh Americans in last month’s shooting in Indianapolis, we spoke with Karthick Ramakrishnan, founder of AAPI Data and adjunct PPIC fellow, about this troubling trend. 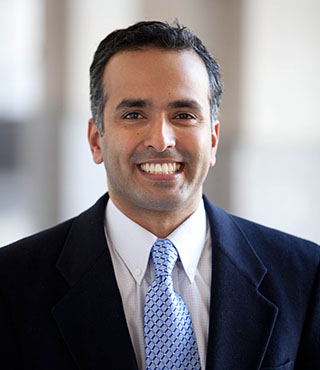 What are the challenges in collecting data about anti-Asian hate?

The incidents people experience can vary from microaggressions to physical or verbal harassment, to discrimination, to acts of violence. To measure these incidents, the first question is whether an individual experiences an act. Then, does the person interpret that act as involving discrimination or hate as a motivation? Often there are gray areas where people don’t know how to react. People might experience something but not name it as a hate incident. Then, do they report it? The highest bar is reporting to law enforcement. A lower bar is a community hotline, like Stop AAPI Hate.

Can you tell us more about the work AAPI Data has been doing on this topic?

Our survey found that about one in eight Asian Americans and one in ten Pacific Islanders said they experienced hate incidents in 2020. That translates to about 2 million people. That’s a big difference compared to Stop AAPI Hate, which recorded more than 6,600 incidents from March 2020 through March 2021. Our survey was online and self-administered, so there’s a lower barrier to people sharing their experiences.

We should not be under the illusion that anti-Asian hate only affects older immigrants. US-born and younger Asian Americans were actually more likely than immigrants and older people to report experiencing hate. That’s contrary to most of the high-profile video reporting we’ve seen. Our data also don’t show any gender disparity in experiences with hate incidents. East Asian and Southeast Asian respondents reported similarly high levels of abuse or property damage, and South Asians also reported higher levels than respondents overall.

One concerning finding is that a sizable segment of Asian Americans experienced a hate incident before COVID but not in 2020 or 2021. Sheltering in place may have inoculated people against that risk to some extent. Once people are out and about again, we’re concerned there might actually be an increase in hate incidents.

How would better data help our understanding of anti-Asian hate and AAPI communities?

AAPI communities have long looked to data as an important part of advocacy. When we don’t have data about our community, we remain invisible to policymakers, philanthropy, and decision makers more broadly. To improve data collection, language support is key. So is being able to disaggregate by some of the largest Asian ethnic groups, which include Chinese, Indian, Filipino, Korean, Vietnamese, and Japanese Americans.

AAPIs in California are approaching one out of every six residents. But this past year has revealed how far we are from being regularly prioritized as a key population and policy constituency. Before we get to the end of AAPI Heritage Month, I hope we’ll see more commitments from government agencies, foundations, corporations, and others to build in AAPI needs and interests in a more fundamental way to research and decision making in California.

Half of Asian Americans Say Race Relations Have Worsened