Trump’s Handling of COVID-19 Is Creating Headwinds for November

The top issue facing the people of California today is the coronavirus outbreak, according to California’s likely voters. How state and federal leaders respond to this unprecedented crisis will be on voters’ minds when they cast ballots in the November election. In the May PPIC Statewide Survey, we find that widespread voter disapproval of Donald Trump’s handling of the pandemic is creating headwinds not only for the incumbent president but also for Republican candidates in House elections.

Californians often rally around their leaders during a crisis. But voters’ current reviews of state and federal officials is a study in contrasts. Governor Gavin Newsom’s approval rating for handling the coronavirus outbreak is at a stunning 69% among likely voters in our May survey, while his overall approval increased by 12 points since earlier this year (52% February PPIC survey, 64% May PPIC survey). 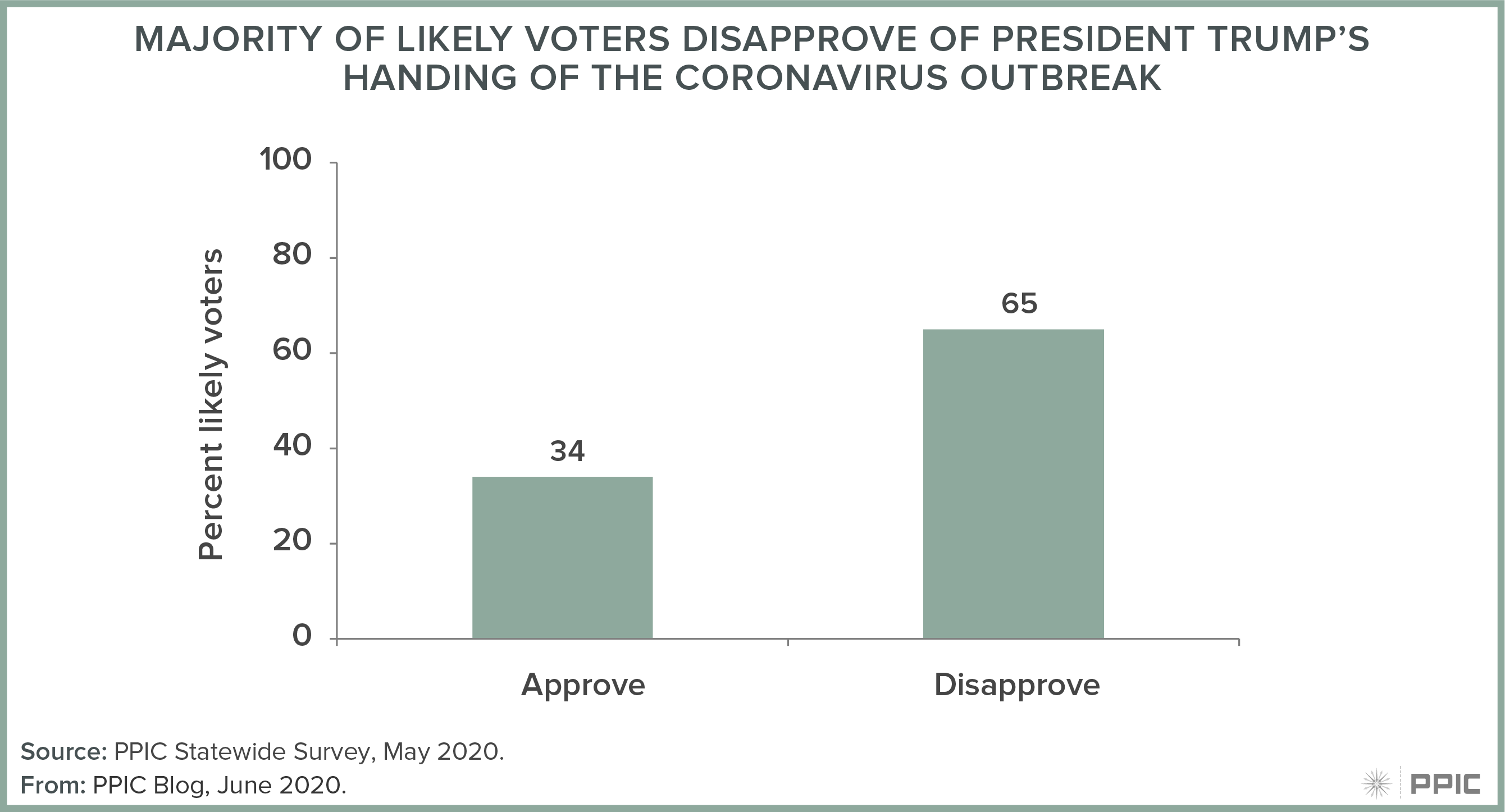 There is remarkable consensus when it comes to Trump’s handling of the coronavirus outbreak. Majorities across the state’s major regional, racial/ethnic, age, education, and income groups say they disapprove. Partisans are deeply divided (81% Republicans approve, 89% Democrats disapprove), while 54% of independents disapprove.

Trump’s current 24-point deficit contrasts to his 10-point deficit at this time four years ago (49% Clinton, 39% Trump May 2016 PPIC Survey). Today, Biden leads Trump among both men and women, and across racial/ethnic, age, education, and income groups. Biden also leads by wide margins in coastal regions, but the race is close in the Central Valley and the Inland Empire. 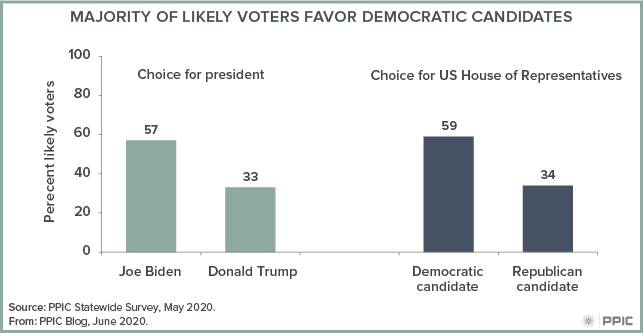 In the days since the May PPIC Survey was completed, the tragic death of George Floyd in police custody has resulted in widespread protests throughout the nation, including California. How our elected leaders handle calls for racial justice is likely to have implications for the fall election. Given the size, diversity, and energy of this movement, California voter turnout could be unusually high. At PPIC, we will be monitoring these developments alongside the unfolding coronavirus pandemic, tracking voters’ views of their federal and state leaders during these highly unsettled times.