Californians, along with the rest of the world, are watching in horror as the Russian invasion of Ukraine unfolds. And while this war may look quite distant, it has particular impact for thousands of residents in our state. California’s Ukrainian community is one of the largest in the country: the state is home to almost 60,000 immigrants from Ukraine, second highest in the country (after New York with 75,000), according to data from the American Community Survey from 2016 through 2020. About one in six Ukrainian immigrants in the US resides in California. 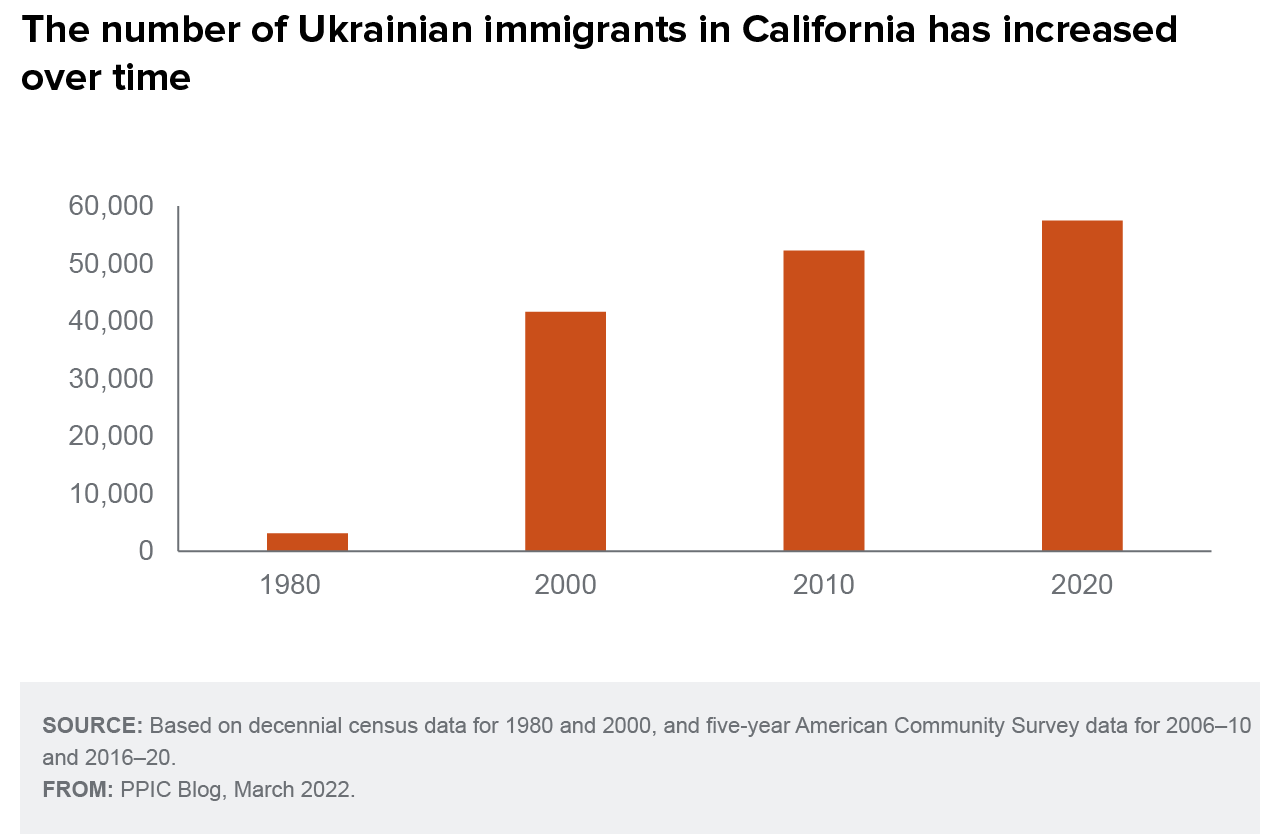 Historically, the flow of immigrants from the former Soviet republics, including Ukraine, to the United States occurred at two critical times: 1) the late 1800s to the earlier 1900s, before the formation of the Soviet Union; 2) and from the late 1980s into the 1990s, with the dissolution of the former Soviet Union. The first wave of immigration led to 1.6 million foreign-born residents in the US in 1910 from countries that would form the Soviet Union, up from only 31,000 in 1880. The second wave saw the number of foreign-born residents from the former Soviet Union increase from 404,000 in 1990 to 905,000 by 2000, with slower but persistent increases leading to 1.3 million by 2020.

Among former Soviet republics identified in census data, the number of immigrants from Ukraine (362k) ranks second nationally after Russia (417k); in California, the number from Ukraine (58k) ranks third after Armenia (77k) and Russia (70k).

The Ukrainian community in California is active in providing support to refugees and the war effort. These communities could also serve as a locus to resettle a new wave of refugees from the war.  That wave is of unprecedented size, although the share that will resettle to the US is highly uncertain at this point. PPIC will continue to monitor the effects of the Ukraine war on California and its residents.