Video: Poverty and Opportunity in California 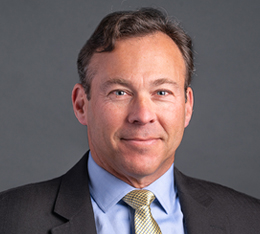 Although California has seen strong job growth in recent years, poverty remains persistently high. In many inland regions, the prevalence of unemployment or low-wage work is a key driver of economic hardship, while elsewhere—especially in coastal areas—the high cost of housing and other necessities plays a major part.

At an event in Sacramento last week, PPIC researcher Tess Thorman discussed the latest findings from the PPIC-Stanford California Poverty Measure (CPM), and a panel of experts discussed the role that policymakers, community organizations, and other stakeholders can play in reducing poverty and broadening economic opportunity.

Poverty has declined—slowly—in California, Thorman said. Also, while nearly 7 million people in California (17.8%) are in poverty, a roughly equal number are living just above the CPM poverty threshold. Certain groups are more likely to be living in poverty, such as young children, Latinos, and families without any college graduates.

Panelists discussed the key role that housing stability plays in achieving financial security. Richard Raya, director of Mission Promise Neighborhood in San Francisco, said his organization connects families with a range of supports, including below-market rental housing. He explained how the city has partnered with local foundations to create “an ‘accelerator fund’ that allows affordable housing developers to identify existing apartment buildings that are rent-controlled” and purchase them in order to keep them affordable – an approach Raya says could be a model for other communities.

Kimberley Johnson, director of the California Department of Social Services (CDSS), underscored how housing and financial stability are fundamental to meeting educational and career goals. Johnson noted that the governor has boosted investments in key elements of the social safety net, such as CalFresh food assistance and the California Earned Income Tax Credit. An important focus for CDSS currently is creating linkages across “a very robust array” of programs and services to make them more accessible to those in need.

California Bridge Academies, launched in Fresno and now active in six counties, offers a voluntary, 18-month program designed to help families exit poverty. According to founder Pete Weber, each household has a “career and family navigator” who assesses needs, skills, and interests. The navigator ensures that “each client is connected to the right on-ramps” so that parents as well as their children receive all necessary services and supports.

The panel highlighted the importance of coordinating services with an eye toward improving family well-being. Caroline Danielson, PPIC policy director and senior fellow, discussed the importance of creating linkages “across different kinds of programs” because “it can be a fragmented safety net.” Danielson pointed out that California has made progress in this effort, while also noting that further efforts to “connect these dots” for children could make a substantial difference in poverty.