Will Uninsured Californians Get Health Care? Most Say Yes 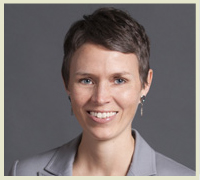 California’s health insurance exchange, Covered California, has enrolled more than 625,000 people under the Affordable Care Act. However, many eligible enrollees have yet to sign up, including a disproportionate share of Latinos. But if residents follow through on the intentions they express in PPIC Statewide Surveys, enrollment should continue to grow for all groups. This is significant because Covered California will need to enroll a broad group of eligible Californians—particularly the young and healthy—to keep premiums low in the future. In PPIC’s January survey, 72 percent of the uninsured say they will obtain insurance in accordance with the law, up slightly from our December survey (66%). We then combined the two surveys and found that solid majorities of the uninsured in all demographic groups say they plan to sign up, with particularly high numbers in the following groups: