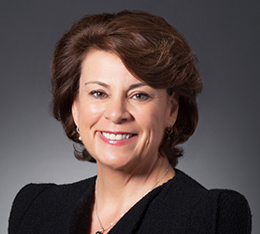 Donna Lucas is chief executive officer & founder of Lucas Public Affairs, a California-based strategic consulting, public affairs, and communications firm. She has served on the PPIC Statewide Survey Advisory Committee since 1998 and was on PPIC’s board of directors from 2007 to 2019; she chaired the board from 2013 to 2016. Over the course of her career, she has provided strategic counsel to large corporate clients, labor unions, nonprofits, and political candidates. She also has worked on several statewide initiative campaigns on a variety of policy issues, including gaming, housing, education, local government, campaign finance, and energy. Prior to forming Lucas Public Affairs in 2006, she served as a deputy chief of staff for strategic planning and initiatives for Governor Schwarzenegger and chief of staff to First Lady Maria Shriver. Previously, she was the global and public affairs practice leader for Porter Novelli and CEO of the Nelson Communications Group, a California public affairs agency acquired by Porter Novelli in 2000. She also served as deputy press secretary for Governor George Deukmejian, deputy treasurer for Tom Hayes, and California press secretary for President George H. W. Bush. In addition, she was chairperson of the American Association of Political Consultants. She is also a founding member of She Shares, a unique conversation series featuring trailblazing women leaders who have created a lasting impact for women in California and beyond. Currently, she serves on the boards of the California Chamber of Commerce, the College Futures Foundation, Maria Shriver’s Women’s Alzheimer’s Movement, and the Scripps Institute of Oceanography. She is a graduate of the University of Southern California’s School of Journalism.