Larger, urban counties tend to have the lowest arrest rates in California 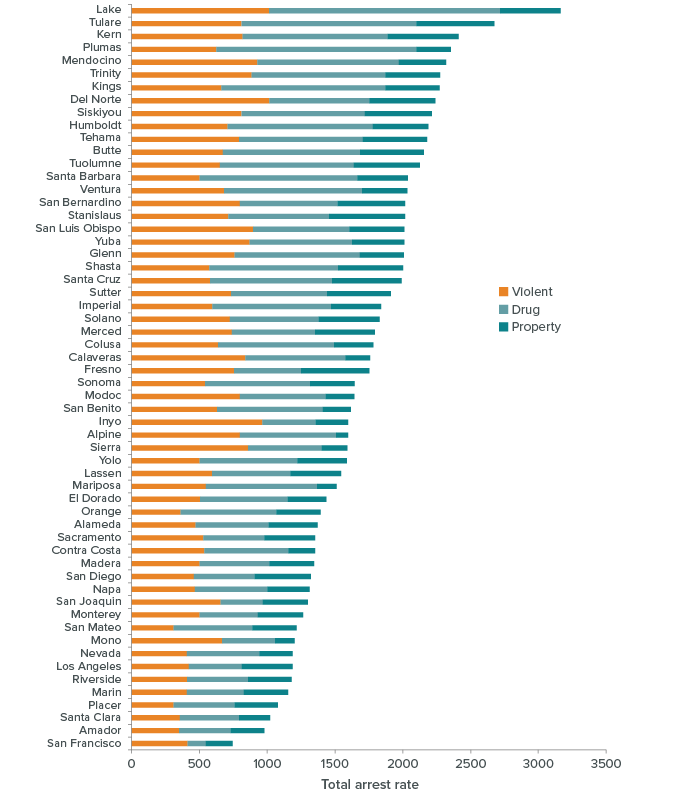 NOTES: Maps show arrest rates per 100,000 residents in each of the relevant demographic groups, divided by arrest rates for whites. Data not shown for counties appearing in gray; these have fewer than 25,000 residents and detailed calculations by race/ethnicity are subject to wide fluctuation.

Just the Facts: Arrests in California

Supported with funding from Arnold Ventures