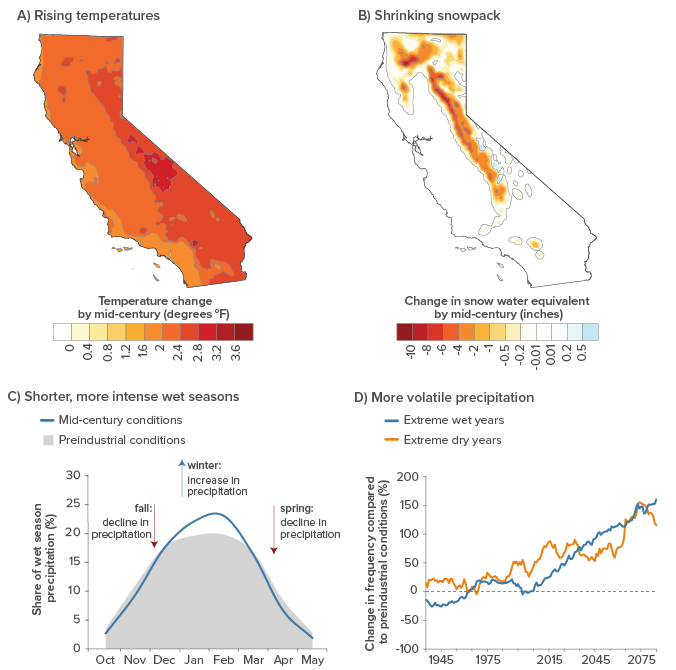 NOTES: Panel A shows average temperature increases relative to the 2012–16 drought for a similar drought in mid-century (2042–46). Panel B shows the decline in snowpack relative to 2017 for a similar wet year in mid-century (2047). The total statewide decline is 25%. Panel C shows how the distribution of precipitation during the wet season changes by mid-century relative to preindustrial (circa 1850) conditions. Fall and spring precipitation declines while winter precipitation increases. Panel D shows projected changes in the likelihood of a year being extremely wet (similar to 2017) or extremely dry (similar to 1977). Extreme wet years have a 1-in-25 chance of occurrence in any given year under preindustrial conditions; for extreme dry years, the chance of occurrence is 1-in-100. The likelihood—or percentage change in frequency—is increasing with the changing climate.

Supported with funding from the S. D. Bechtel, Jr. Foundation.