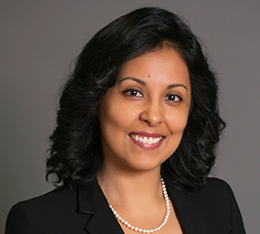 Standardized tests are widely used in education for accountability, college admissions, and student placement, but COVID-19 changed the assessment landscape in a matter of months. This spring, the unimaginable happened when the federal department of education waived standardized testing for students in kindergarten through 12th grade. Then major vendors—including the College Board and the ACT—either cancelled or postponed their widely used tests. These changes coincide with movements examining how structural racism creates hurdles for underserved groups.

The Regents of the University of California (UC) eliminated the SAT/ACT requirements starting fall 2021. More recently, a superior court judge ordered all UCs to stop using the tests immediately, arguing that students with disabilities were unable to access them during the pandemic.

About a quarter of California juniors and seniors in affluent schools took the SAT exam in 2007, compared to less than 20% in high-poverty schools and schools serving a large proportion of African American students. In 2017, however, 26% of students in high-poverty schools took the test, two percentage points lower than those in affluent schools. The tests are only one of multiple measures to help determine college math and English course placement.

Early evidence from CCC and the CSU suggests that instead of relying on standardized tests, a better way to place students is to use their high school grades and coursework, an approach that is already boosting the number of students who can enroll in college-level math and English. At CCC campuses that implemented this approach early, Latino and African American students saw gains of about 40 percentage points in their access to transfer-level math courses and over 50 percentage points in English (fall 2018 versus fall 2015). It is too early to tell how eliminating the SAT/ACT will affect admissions at UC, but evidence from other states suggests it could lead to a more diverse student body. 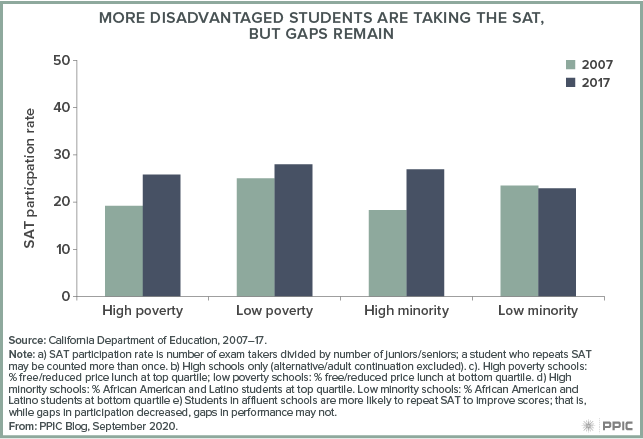 These actions may lead to a more equitable admissions and placement process in California. However, since colleges may continue to use the SAT in course placement and scholarship decisions, uneven access to SAT exams and test preparation remains a barrier for historically underserved students. Still, eliminating tests is only one of many structural changes needed to ensure all students can access a college education.

The pandemic has disrupted every level of education, revealing inequities from broadband access to mental health issues. Yet these disruptions have also forced colleges to reassess placement and admissions processes. Policies such as eliminating standardized tests and using affirmative action may help open doors for underrepresented groups, but over the long term we must closely monitor how policy changes interact with other college structures, such as financial aid, to raise or bring down barriers.