Poverty in California declined markedly between 2019 and 2020, as extraordinary federal measures helped millions make ends meet. But these actions have expired, and a 15% boost to food assistance benefits in place for the past nine months ended on September 30. Despite the end of many pandemic relief programs, long-term commitments to expand CalFresh and school meals, two of California’s largest food assistance programs, could help further reduce poverty in the state.

Starting with the current school year, California public school students will have free breakfast and lunch available at school. The federal government will pay for nearly all of the cost of these meals through spring 2022, and the state will be responsible for a portion of the cost in upcoming years. In addition, federal SNAP benefits will increase by an average of 27% in October due to an historic change in the way typical food budgets are calculated by the US Department of Agriculture. This means that the state’s CalFresh benefits will increase, even as some pandemic expansions expire. 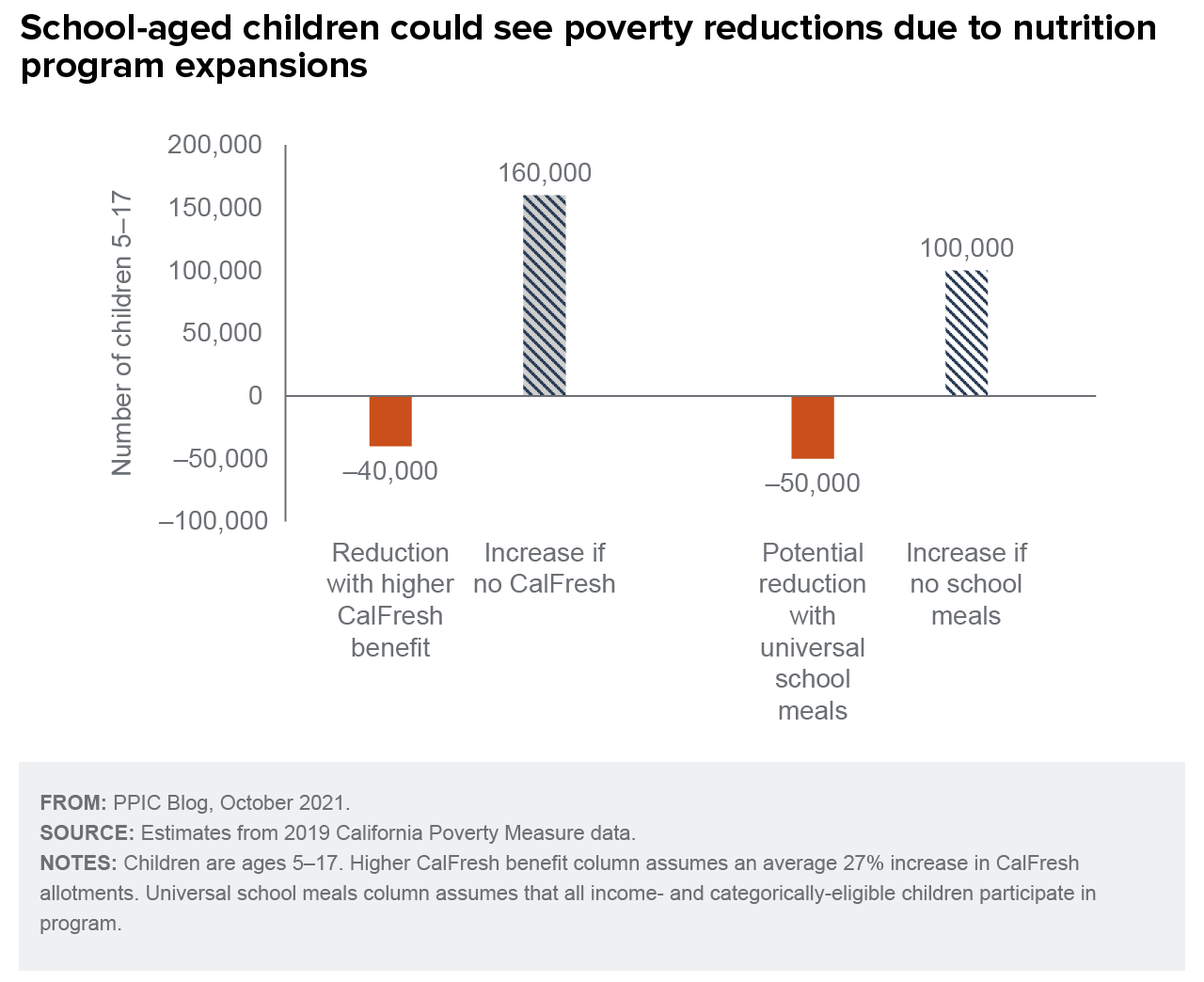 The expansions would have the largest effects for children in deep poverty—those in families with less than half the resources needed to meet basic needs (less than $17,800 in 2019 for a family of four). Those higher up the income scale would see smaller impacts, and there would be small increases in the shares of children in families with resources close to double the poverty line. For instance, we estimate that the expansions would lead to 12% to 15% reductions in the share of children in deep poverty, and 2% to 5% increases in the share of children with family resources between one and a half times and two times the poverty line. 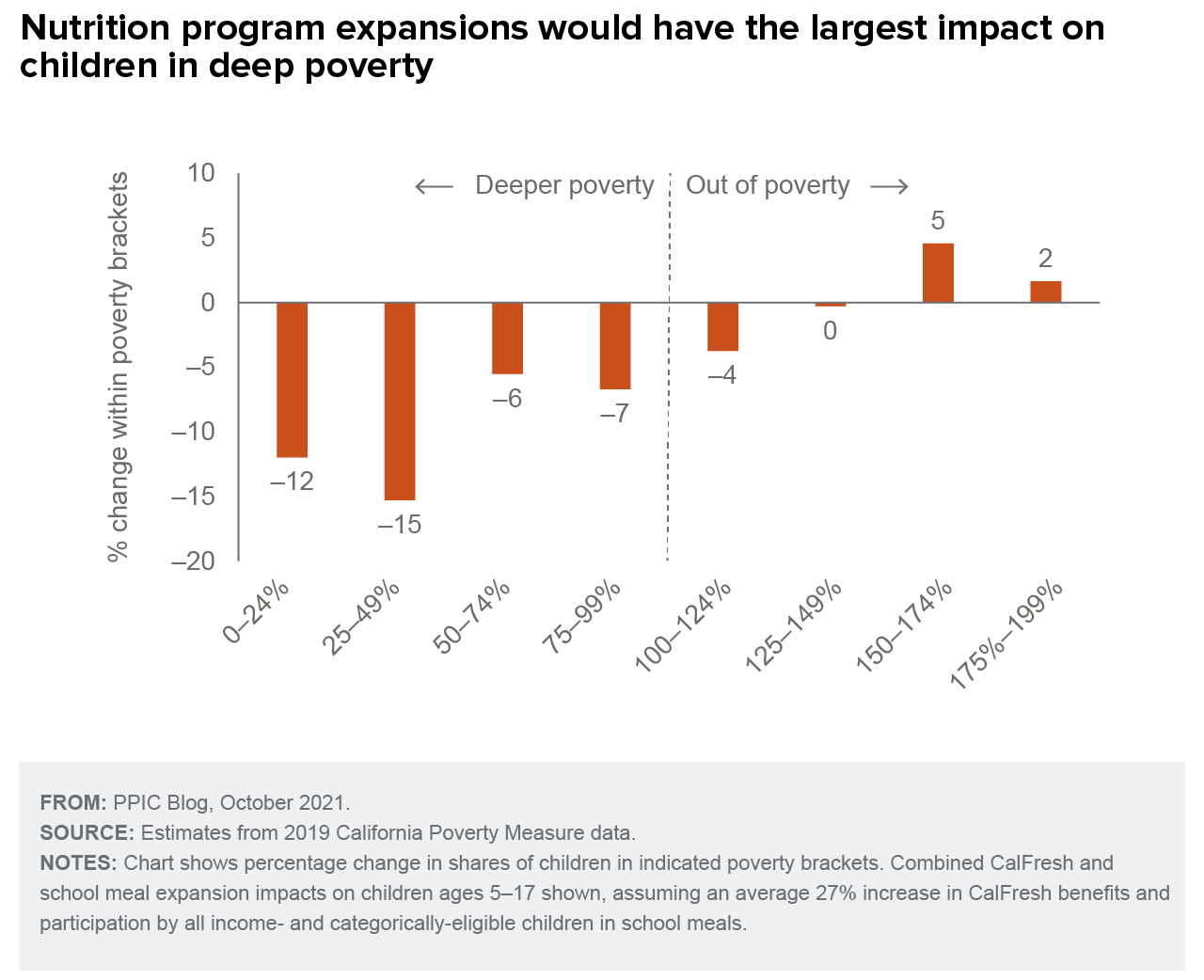 Food insecurity in California has dropped substantially in the past decade, from 15.9% to 9.8%. These expansions to CalFresh and school meals promise to extend this positive trend. While our estimates show that these changes have great potential to reduce need among school-aged children, fulfilling that potential will depend on several factors. For instance, the impact of expanding access to school meals will rely heavily on implementation and whether meals are actually universal. For CalFresh, continuing efforts to increase participation among eligible Californians—which has been on the rise—would amplify its impact on reducing poverty.