Fewer Domestic Violence Calls, but More Incidents Could Be Deadly

Domestic violence calls for service had fallen in California during the early 2000s. In recent years, statewide trends have started to reverse. At the start of COVID shelter-in-place orders, contacts with domestic violence hotlines spiked; although calls for police service did not rise, more domestic violence calls to police involved firearms in 2020 than in any year since 2001—an early sign that victims may be at a higher risk of serious injury or death.

Two decades of data on domestic violence calls for police service, published by the California Department of Justice, contain information about which incidents involve weapons; weapons can be body parts (e.g., fists and feet), guns, knives, and other objects. Between 2001 and 2013, domestic violence calls and incidents with weapons decreased. Calls and incidents involving weapons were up in 2020, relative to their low point in 2013.

Contacts with domestic violence hotlines, which are not operated by police, increased early in the pandemic. Yet service calls to police did not. In 2020, month-to-month police service calls were lower in winter months and higher in summer, as in years prior. 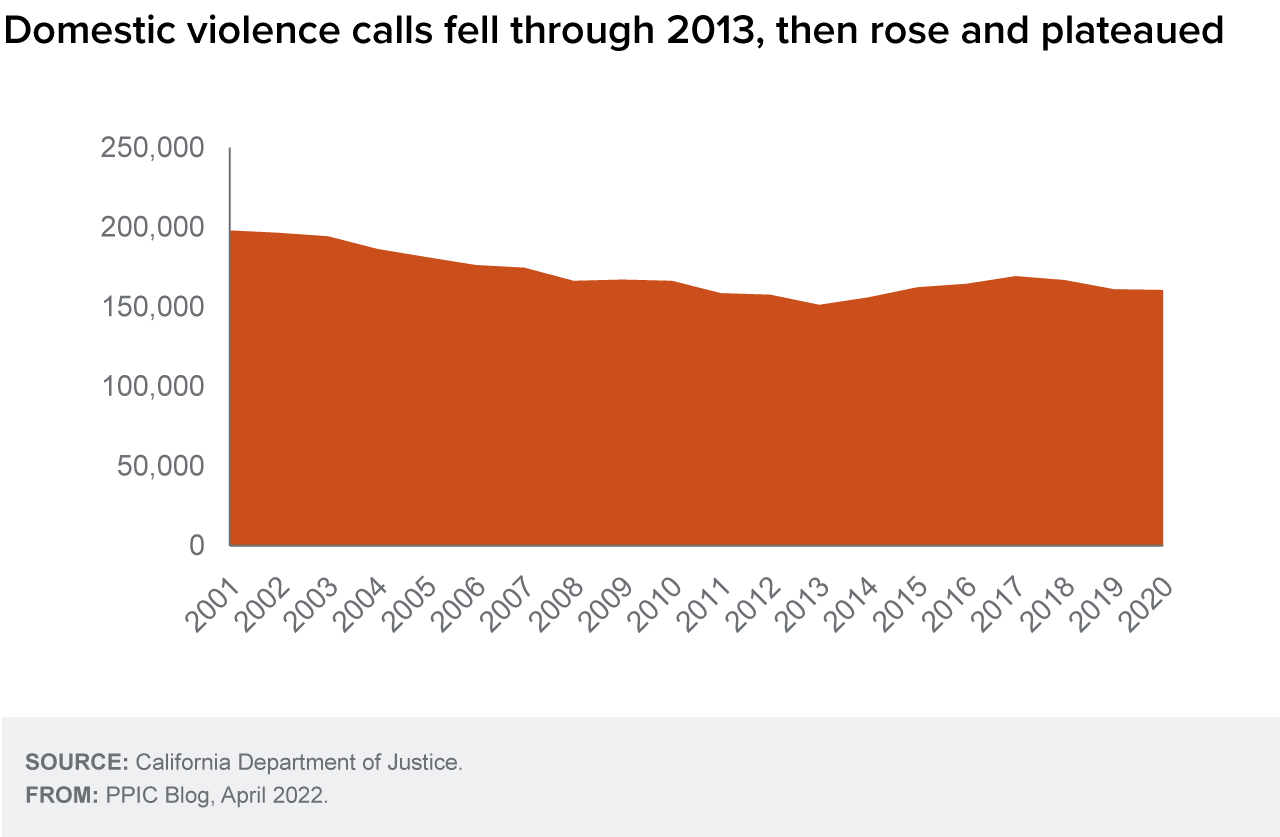 Guns were present at more domestic violence incidents in 2020 than in any year this century. Between 2001 and 2013, fewer incidents involved guns each year. Then such incidents skyrocketed. By 2020, calls more than doubled from 754 to 1,974—representing a jump from 0.5% of all calls to 1.2%. Escalation of domestic violence mirrors trends for other violence. 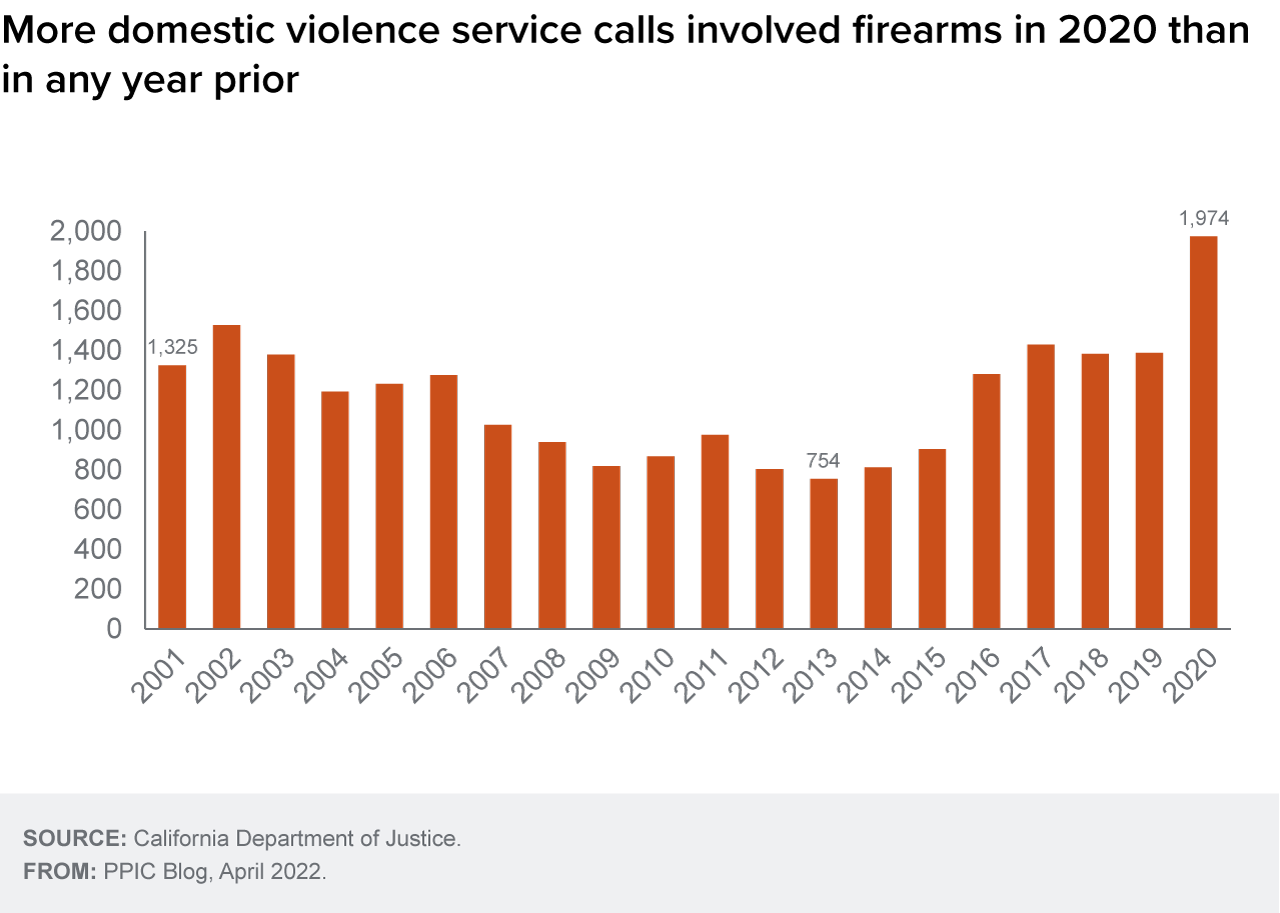 These troubling patterns could portend a greater risk of death for people experiencing domestic violence. About half of all domestic violence incidents lead to injuries, with serious injuries more than twice as likely among women as men (13% versus 5%). Nationally, crimes that involve firearms are more likely to lead to serious injury and death than those that do not. In California, incidents involving guns became more lethal between 2005 and 2019.

Policy solutions that may help reduce mortality risks include building police and community resources to connect with victims and address their complex needs. Community-coordinated responses center on promoting safety, stability, and prosperity. In such programs, victims work with community-based organizations to meet needs that include physical and mental health, employment, and housing.