Maximizing Benefits of Solar Development in the San Joaquin Valley 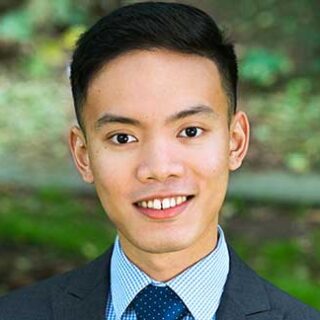 The implementation of the Sustainable Groundwater Management Act (SGMA) over the next two decades may require taking at least 500,000 acres of cropland in the San Joaquin Valley out of irrigated production (about 10%). To soften the blow on jobs and economic activity, it will be important to identify alternative land uses that generate income. Solar development is one of the most promising options.

California’s renewable energy goals, driven chiefly by the passage of SB 100, set the stage for an unprecedented build-out of solar in the next two decades—the same time period during which water users need to bring groundwater basins into balance under SGMA. The potential synergies are clear: much solar could be sited on transitioning agricultural lands. Done right, solar could also bring environmental and economic benefits to the valley. Last month, we held workshops with stakeholders from across the region to discuss how to maximize these benefits (and mitigate potential harm), with a focus on how solar can support habitat restoration, better air quality, and local jobs.

The San Joaquin Valley has some of the worst air quality in the nation, and local communities are understandably concerned about the potential impacts of nearby solar construction. However, the industry has learned a lot from the first generation of utility-scale solar. In the past, some projects razed their sites entirely, creating significant dust. But today, best practices like maintaining groundcover and placing barriers around construction sites have become more commonplace. When these techniques are implemented, solar projects can even reduce dust, compared to the land uses they are replacing (fallow and productive agriculture). While developers know how to mitigate dust, regulatory oversight appears to vary across counties, particularly in the post-construction period. Re-evaluating the scope of these requirements across the region could help reduce risk. The Eastern Kern Air Pollution Control District’s post-construction air quality monitoring and dust management practices (required in large-scale commercial solar permits) could serve as a good model.

Finally, developing solar on fallowed farmland could provide work opportunities for local communities. Some local economic leaders have expressed concern that the solar industry will not provide steady long-term employment for valley residents. Yet California’s ambitious renewable energy goals, which have generated a substantial project queue throughout the valley, indicate a steady stream of construction work is likely for decades. Maintaining a consistent pipeline of solar projects, and timing jobs well with training programs, will be key to ensuring ongoing benefits to local workers and communities.

Hiring locally has already become the industry norm, and local hiring requirements in union contracts (up to 70–80%) have reinforced that. Many of the roughly 350 installers employed by the Aquamarine project were first-time workers in renewables—a testament to effective coordination between project developers and workforce training efforts. Entry-level solar installation jobs can serve as a springboard to a range of adjacent trades, providing an access point to more stable and lucrative careers for valley workers. Transportation and language accessibility were typically the biggest barriers to workforce development efforts. Transitioning agricultural workers also likely will need additional competencies, as the two industries require different skills.

Solar development could help to ease a difficult transition in the San Joaquin Valley. With careful planning and coordination among state and local entities, the region could reap considerable environmental and economic benefits from solar.