In the year since George Floyd’s murder led to widespread protests, racism and discrimination have remained very much in the news. The uneven impact of the COVID-19 pandemic has laid bare racial and ethnic disparities in health care, education, and employment, and a recent surge in anti-Asian sentiment has generated concern. While discussions about these and other important issues have spurred some state and federal actions over the past year, Californians’ opinions about racism have remained largely unchanged.

According to the latest PPIC Statewide Survey, more than eight in ten Californians see racism as either a big problem (55%) or somewhat of a problem (29%) in the United States today; 10% say it is a small problem, and 6% say it is not a problem at all. Views were similar last July, at the height of protests over systemic racism (60% big problem, 25% somewhat of a problem, 10% small problem, 5% not a problem at all). Democrats (74%) are far more likely than independents (45%) and Republicans (27%) to view racism in the US as a big problem. 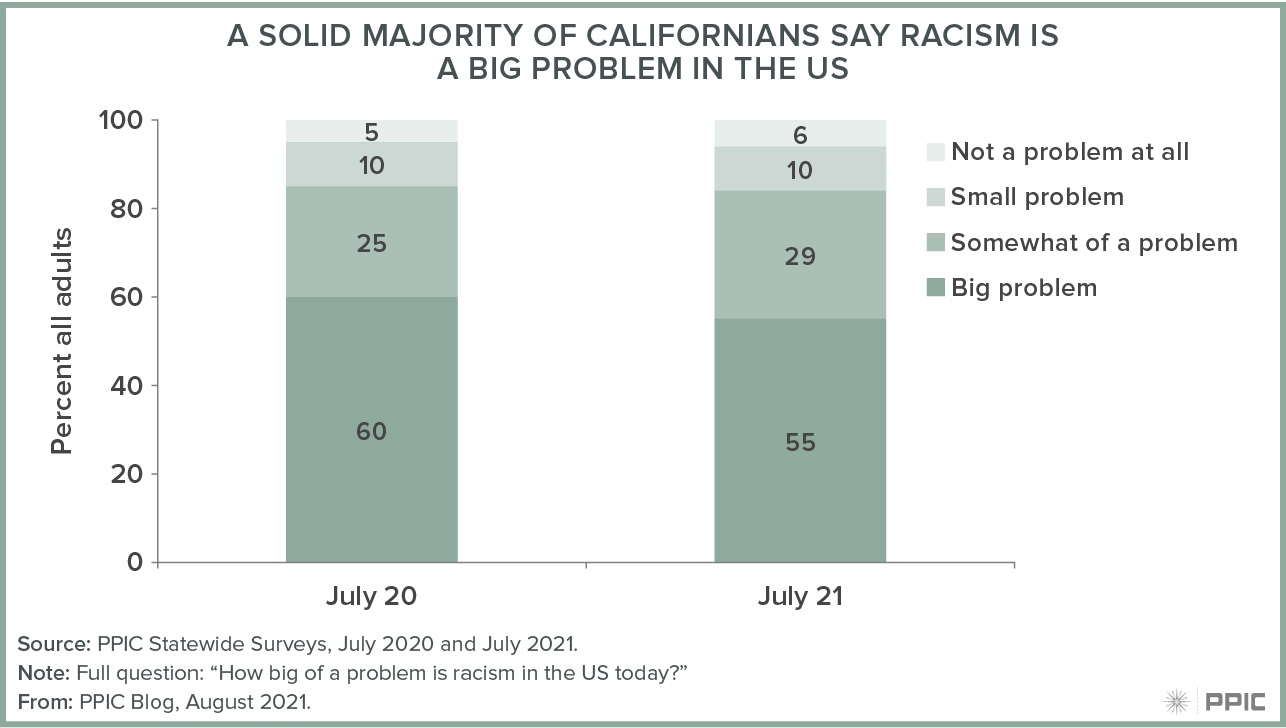 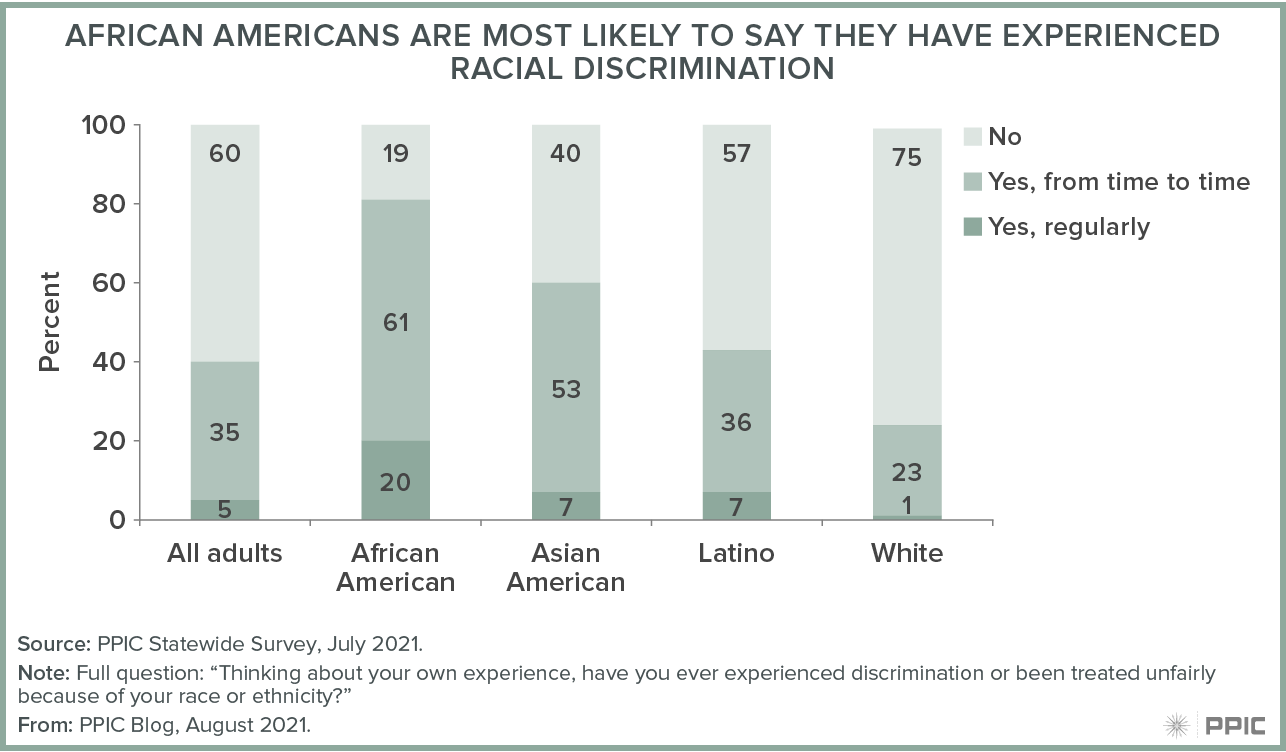 While there is substantial agreement across racial/ethnic groups that racism is a problem in our country, some differences persist. As discussions about race relations and racial discrimination continue across the state and the country, the PPIC Statewide Survey will continue tracking Californians’ perceptions on these issues.