In the wake of last summer’s widespread protests over the murder of George Floyd, some states and localities have been grappling with criminal justice reforms. There’s been a change in national leadership, and President Biden has emphasized the need to address systemic racism. Through all of this, Californians have remained supportive of the Black Lives Matter movement.

In our recent April Survey, about six in ten Californians (58%) said racism is a big problem in the US today, and about one in four said it is somewhat of a problem (26%); views were similar last July (60% big problem, 25% somewhat of a problem). Overall perceptions of racism in the US are in alignment with continued support of the Black Lives Matter movement (BLM). Nearly two in three Californians support BLM (31% strongly, 33% somewhat), and their views have not changed much since last July (31% strongly, 37% somewhat). 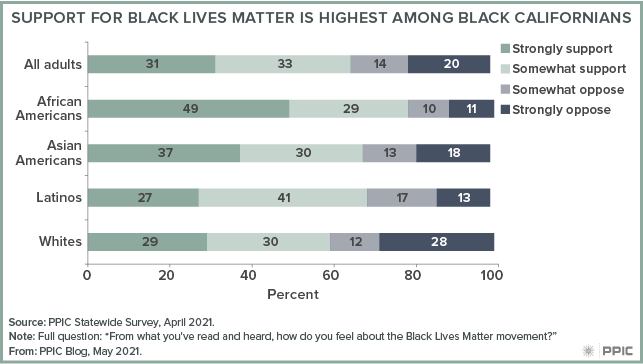 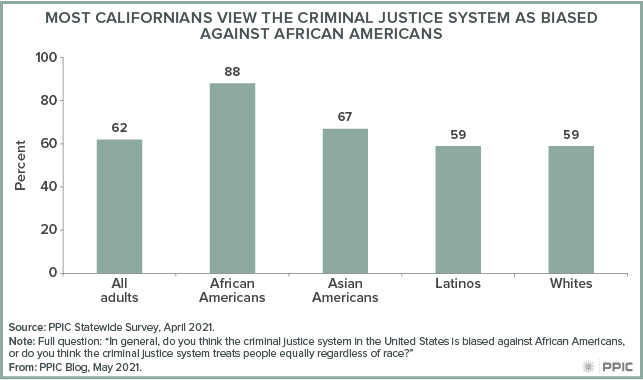 As California and the country as a whole grapple with discrimination, systemic racism, and the racial injustices that have been laid bare in the past year, views on race relations remain a hugely important topic. The PPIC Statewide Survey will continue to track Californian’s perceptions on race, equity, and other key issues.