When a Lack of Air Conditioning is a Public Health Threat

California is getting hotter, which brings a host of new problems—worse droughts, greater wildfire risk, and more air pollution, to name a few. It can also create health emergencies in hot places where air conditioning isn’t widely available. We talked to Kelly Sanders—a member of the PPIC Water Policy Center research network and an associate professor of engineering at the University of Southern California—about a new study on “air conditioning deserts.” 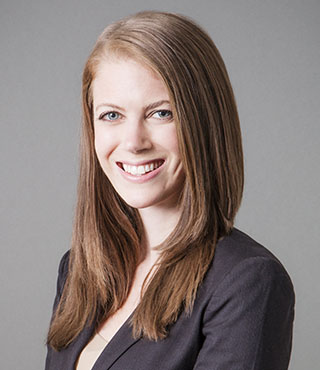 PPIC: Talk about the public health inequities caused by a lack of air conditioning.

KELLY SANDERS: Extreme heat is a big public health threat. Nationally, heat kills 600 people on average every year—more than storms, floods, and lightning combined. The convergence of increased urbanization, an aging population, and a warming climate is heightening this risk.

Our study sought to understand who has air conditioning and who doesn’t in Southern California, and what that means in light of climate change and in urban “heat islands,” where a lack of trees and preponderance of paving intensifies heat locally. We wanted to show which communities are most vulnerable, and help guide public policy responses to address the problem.

We analyzed smart-meter data for nearly 200,000 customers from across the region to identify homes that used AC versus homes that did not over a two-year period. We found that, in general, poorer areas had much less access to cooling than richer areas. We then used end-of-century projections of extreme heat events across Southern California to identify which populations might be the most vulnerable to future warming. Poorer households and communities of color will likely be most vulnerable to rising energy costs and/or a lack of access to AC in the future.

We hope that policymakers can use this detailed information to target at-risk communities.

PPIC: How does a lack of air conditioning affect efforts to contain COVID-19?

KS: Managing extreme heat events in a pandemic is challenging. Social distancing and increased sanitation requirements have made it harder to open and manage public cooling centers. People without AC have had more trouble accessing places to cool down—for example, buses, public libraries, or stores—because a lot of these spaces are closed or have reduced capacity.

In Southern California, beaches can be an important place to cool down, but our beaches were locked down for most of May, which was burdensome.

On top of that, many people are struggling economically and may lack the resources to pay utility bills. California has done a better job than some states in providing utility bill relief, but the lack of AC is still a big issue. This will be a continuing challenge as we move into the warmer fall months.

PPIC: What are the implications of lack of air conditioning for managing public health in a warming climate?

KS: One of the challenges is trying to understand where the most vulnerable populations are. We’ve shown how you can use readily available smart-meter data to get a clearer picture of who needs the most help. That allows policymakers to develop more targeted and efficient interventions, such as improved cooling access, AC units for housing, and better health care resources. This kind of detailed view also allows for more targeted community engagement, so we can find out what types of resources and interventions would be most appropriate.

PPIC: What can be done to help ensure “cooling equity”?

KS: The federal low-income home energy assistance program helps pay for weatherization and utility bills. While it varies from state to state, it’s a really important resource for protecting low-income communities from rising energy costs. In addition, many states have laws to prevent energy shut offs to customers on hot days, which provide an important protection for those who do have AC.

We need to think about how to address the issue of climate change itself, by reducing greenhouse gases while also adapting to a warming world. AC is an important climate change adaption strategy, but it has very big electricity requirements, which can undermine emissions goals. The big challenge is how to protect communities from the effects of climate change while addressing the need to reduce emissions.

Lessons from the Pandemic for Addressing Climate Change