Why the Big Drop in California’s Colorado River Water Use?

In 2019, California’s use of the Colorado River—a major water source for Southern California’s cities and farms—dropped to the lowest level in decades. We asked John Fleck—director of the University of New Mexico’s Water Resources Program and a member of the PPIC Water Policy Center research network—about the ongoing changes in California’s use of this water, and what it means going forward. He is the author, with Eric Kuhn, of the new book Science Be Dammed: How Ignoring Inconvenient Science Drained the Colorado River Basin. 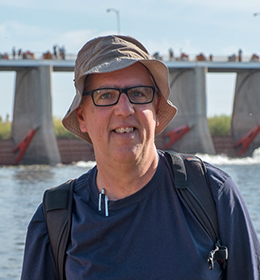 PPIC: What are the main reasons Californians are using less Colorado River water?

JOHN FLECK: The biggest reason for the recent drop is that Metropolitan Water District (MWD)—the state’s biggest urban user of the river—didn’t need to take as much water in 2019. But this decline also reflects a longer term trend. Prior to the early 2000s, MWD generally took the maximum it could from the Colorado River, usually more than a million acre-feet per year. In recent decades, it has substantially reduced its dependence on the Colorado, only taking a full supply in years of State Water Project shortage. Water conservation has been an enormous success in Southern California. There was a lot of progress in conservation during the latest drought, and even after it ended. We’re seeing a lot more effective use of water in the basin, with a growing emphasis on groundwater recharge, stormwater capture, and reuse efforts. The excellent snowpack in the Sierra in 2019 meant the agency got a good water allocation from the State Water Project, meaning it needed less from the Colorado.

The other part of this story is the conservation success in the Imperial Irrigation District (IID)—the largest user of Colorado River water in the entire basin. On-farm water conservation was part of transfer agreements with Southern California’s urban water suppliers. IID is now using 600 thousand fewer acre-feet per year than before those transfers took place. The agricultural community took cuts and was compensated for them. Farmers have adapted well: revenue has held up even as they’re irrigating less land. What we’ve seen is an increase in acreage in high-dollar crops like winter lettuce and vegetables, and a reduction in alfalfa and forage crops, which bring in less revenue per unit of water and area of land. PPIC: Do you expect similar drops in coming years in California or the six other basin states?

JF: We’re going to have ups and downs—especially because MWD use of Colorado River water tends to go up when its supplies from the Sierra are low. But California has really demonstrated that it needs less Colorado River water. It’s taken awhile, but it’s been a really successful adaptation. Scarcity is the norm now in the basin, so the fact that California can succeed in using less imported water is incredibly important. It shows how we can find opportunities for more flexible problem-solving going forward.

We’re seeing similar things going on across the basin. California isn’t giving up water so others can use more. Nevada is using substantially less than they used to—their use peaked in the early 2000s and has dropped since then. Arizona’s use is down, too. And we’re seeing really flat to declining use in all the other basin states. So the notion that economic and population growth means an increase in water use just isn’t the case in the basin.

PPIC:  What does this change mean for efforts to bring the basin into balance?

JF: Because we made mistakes over a century ago in allocating more water than the river can provide, these successes are important, but not enough. We’ll need to see more reductions, especially in the lower basin states.

The next steps require renegotiating the rules that govern the basin’s water allocation to solve the basin’s problems. The Bureau of Reclamation is spending 2020 reviewing how the current rules are working, with the expectation that negotiations on new rules will begin soon after that review is complete. There will be a lot of give and take in how that will play out, and we have to let that happen. Once farmers and communities have a clear idea on how much water they will get, they’re pretty good at figuring out what steps are needed to work within those limits. Various options that might come into play include compensating farmers to use less water, additional conservation, and more expensive options like increasing the use of recycled water and building desalination plants. The negotiations will be hard, but the successes we’ve seen in California and elsewhere around the Colorado River Basin suggest that we have the tools needed to respond to the challenges to come.