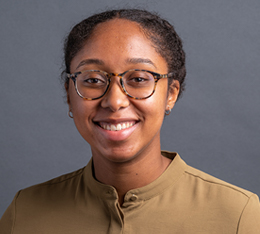 By the end of July, 33,500 fewer people were incarcerated in California prisons and jails than in February—an 18% decline. Despite this drop, most prisons remain overcrowded, and many counties are experiencing renewed upticks in jail populations.

In an effort to avert infection early in the pandemic, prison officials had halted admissions and released more than 6,000 inmates. Between February and July, the prison population (excluding camps) dropped by 13% to just over 99,000 inmates, a number not seen in over 30 years.

Most prisons, however, remain populated far above the 50% level recommended by public health experts during the San Quentin outbreak. More than one-third of California’s 35 prisons are more than 25% over capacity. Only one is below 50% capacity. Prisoners’ criminal histories may partly explain this fact. Ninety-one percent have a current or past serious or violent conviction, which can preclude early release. 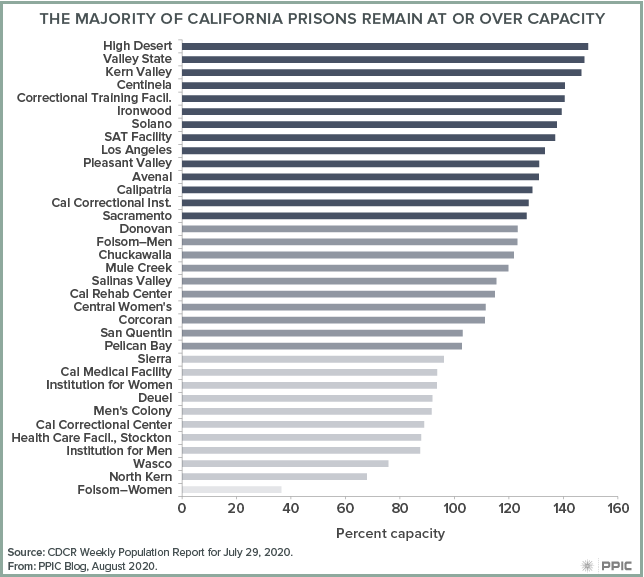 Compared with overcrowded prisons, overcrowded jails are more vulnerable to outbreaks because more people move through them more rapidly—nearly 800,000 people were booked into California jails in 2016. Early in the pandemic, however, lower crime rates, early releases, and fewer jail bookings after bail was temporarily set at zero dollars reduced the jail population faster than the prison population.

By July about 19,000 fewer people were jailed than in February—a 27% decrease. Los Angeles’s jails are now at capacity, and in 17 counties, jails are below 50% capacity. In just three counties—Kings, Shasta, and Trinity—jails remain over capacity.

Most of these drops occurred near the start of the pandemic: between February and April all counties reduced their jail populations. Since then, declines have held steady or deepened in 42 counties. San Francisco, Contra Costa, and Solano Counties maintained their jail populations through July, while Los Angeles saw a 7% reduction, San Bernardino and Orange an 11% decline, and San Diego a 17% drop.

Jail populations have rebounded in 23 counties—a potentially troubling trend in the midst of a pandemic. Del Norte, which had cut its jail population in half between February and April, saw it increase 62% by July. Although Kern’s jail is below capacity, the population has risen to pre-pandemic levels. Overcrowded jails in Shasta and Trinity counties have returned to their pre-pandemic levels. 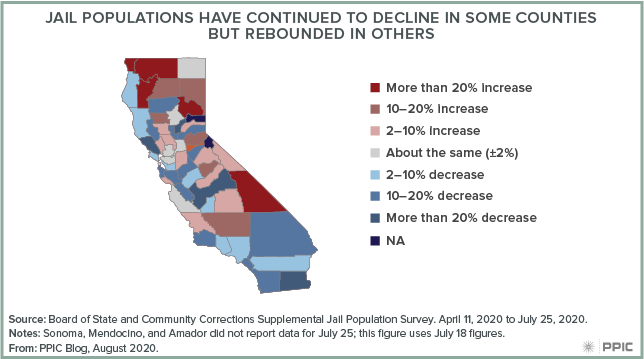 California has reduced reliance on incarceration in response to COVID-19. Yet outbreaks continue, suggesting that further reductions are still needed. But state and local governments also have a responsibility to protect public safety—a mandate that has come under great scrutiny amid recent protests against police violence. As the nation grapples with what it means to have safe and healthy communities, the health and safety of incarcerated populations will likely remain in the spotlight.