Is the Decline in the Humanities Overstated? 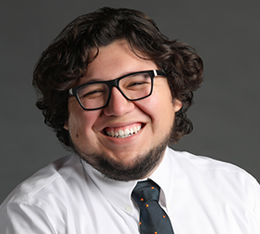 While there has been a strong increase in STEM degrees awarded at California colleges and universities over the past 16 years, many have noted a decline in student interest in the humanities. Colleges have adjusted their offerings to reflect changes in student demand, and some observers have questioned whether liberal arts colleges can sustain their enrollments in the face of diminishing student interest.

In California, the real story is not one of outright declines in humanities majors but a lack of growth compared to other majors. The number of students earning a bachelor’s degree in the humanities in California increased from just over 26,000 in 2000 to almost 38,000 in 2006. It has since declined—but only slightly—to 35,000. This pattern is widespread, with the University of California (UC), the California State University (CSU), and the state’s private nonprofits all experiencing sharp increases from 2000 to 2006 and slight declines since that time. Because other degrees have continued to increase, the share of degrees awarded to humanities majors has declined noticeably—from 27% in 2006 to 19% in 2016. Humanities majors make up a larger share of students at private nonprofit colleges and CSU than at UC, but there is wide variation across campuses. At Cal Tech (the California Institute of Technology) only 0.8% of bachelor’s degrees were awarded in the humanities in 2016, whereas at Biola and Chapman Universities humanities degrees made up almost 40%. At CSU only 9% of degrees at Cal Poly San Luis Obispo were in the humanities (just 1% at Cal Maritime were), compared to 28% at Cal State Channel Islands. And at UC only 4% of UC Merced students earned a humanities degree, compared to 22% at UC Santa Barbara.

These patterns and trends suggest that the decline of the humanities is overstated, at least for now. But there are indications that these trends will persist. Economic returns tend to be higher for students in STEM than in the humanities, and students are increasingly citing job prospects as the primary reason they enroll in college. The College Board reports that among the newest college-bound students in California, only 9% expressed an interest in majoring in the humanities. Going forward, colleges and universities that emphasize the humanities will need to make the case (and it can be made) for the value of those degrees.