California’s nearly 1,500 large dams are aging, and many pose hazards to communities downstream. We talked to Andrew Rypel—co-director of the UC Davis Center for Watershed Sciences, and one of the authors of an article on “deadbeat dams” in California and the nation—about what we should do about  this aging dam population. 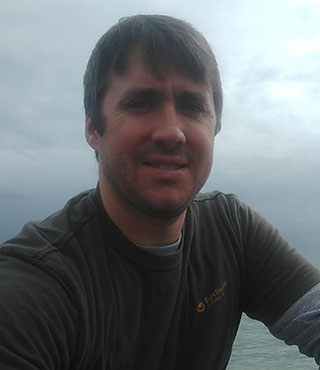 PPIC: What constitutes a deadbeat dam?

ANDREW RYPEL: These are dams that have outlived their functions and have become less of a benefit and more of a problem. Dams are built for many purposes, but most result in ecological costs to fish and wildlife. And as they age, many become unsafe, especially if they are not maintained. There are 100,000 dams in the US Army Corps of Engineers’ National Inventory of Dams (NID) database, and most are more than 50 years old. California’s dams are even older, with an average age of about 72 years. Like humans, these structures start having health problems as they age. When you live in a seismically active region that is also prone to intense flooding, as California is, it’s critical to evaluate how capable these older dams are of protecting human life in the event of an earthquake or flood.

PPIC: Without dams to store water, reduce flood risk, and generate power, California would be a very different place. Are there any “good” dams in the state? And how is the changing climate affecting that assessment?

AR: It’s not so helpful to think in terms of good versus bad dams. Dams usually have some sort of functionality to them. What’s key is where they fall on a gradient of how helpful they are to society.

In California, major structures like Shasta, Friant (Millerton), and Monticello (Berryessa) are crucial to the water management system, and are generally well-maintained, subject to a regular licensing process, and evaluated for seismic safety. These very large dams can have serious issues, though—inadequate passage for salmon and other native fishes is a big problem, for example.

On the other hand, the more numerous smaller ones are often not as well-maintained, and sometimes affect rivers with endangered species.

For all of the state’s dams, we need to be thinking how climate change will affect flows from the Sierra, the capacity for storing water in existing dams, and how prepared they are to handle more volatile precipitation. We’re going to be seeing more rapid snowmelt and more precipitation falling as rain, so it’s even more important to slow that water down and store it higher up in the watershed. This could be done with reservoirs, or with “green infrastructure” such as the restoration of mountain meadows.

At the same time, we need to consider how to keep existing dams safe, while also exploring ways to operate them to be more fish- and wildlife-friendly—for example, with the release of cold water to benefit salmon. We also need to shift toward seeing environmental flows in a broader context. Can we deliver critical features of the seasonal flow regime to recover ecological function?

PPIC: One solution for deadbeat dams is to remove them, but that’s expensive and controversial. How do you prioritize which ones to remove?

AR: Efforts to remove large dams in California have been slow and expensive, but we’ve made some progress—for example, the removal of a dam in Carmel and efforts to remove dams on the Klamath and the Eel Rivers continue. But can California develop a better process than the one we have now—perhaps more aggressive and forward-looking, so we deal with issues before they become bigger, more costly problems? That’s the million-dollar question.

One of the challenges is that so many of the state’s dams are under local management, often with private owners and many different stakeholders. Even though the solutions are inherently local, statewide guidance would help—possibly a blue-ribbon panel that gathers input from the scientific community and dam experts, stakeholder groups, and state leaders. This group could develop a decision-making framework and other tools for prioritizing dam removals.

AR: You could make a long list on this one. Some dams already have types of environmental flows. For example, cold water is managed at Shasta Dam to correspond with the needs of endangered winter-run Chinook—although there have been problems with this in drought years. Millerton has management flows to support reintroduced spring-run Chinook. More could be done to facilitate such work, but with strong demands on the San Joaquin side for exports, some argue that the money could have a bigger impact on ecology elsewhere. Regardless, it will be exciting to see where the San Joaquin River goes in the next 10 years as its restoration program takes flight.

In theory you could improve flows in almost any watershed. In addition to environmental flows at Shasta and Millerton, the Central Valley is where the biggest opportunities lie, because it’s the epicenter of diversity for California’s native fish and aquatic species. It’s amazing just how much of the valley was wetland before European settlement—it had massive lakes and floodplain wetland complexes. Finding ways to provide flows that approximate the floodplain dynamic that these animals need would generally be a good idea. It’s obvious now that the status quo isn’t good, given the decline in native species—the indicators are all going the wrong way. We need to start trying stuff because the same-old, same-old clearly isn’t working.

Making the Most of Water for the Environment: A Functional Flows Approach for California’s Rivers