Planning for a Drier Future in the Colorado River Basin

The Colorado River has experienced decades of over-allocation of its waters, making it harder to address the added challenges that climate change is bringing. The recently adopted Drought Contingency Plan (DCP) was an important step toward addressing the basin’s chronic water shortages, but more work is needed to prepare for a hotter, drier future. We talked to Doug Kenney—director of the Western Water Policy Program at the University of Colorado and a member of the PPIC Water Policy Center research network―about managing the basin for long-term water sustainability. Kenney organized a conference in June that covered these issues in depth. 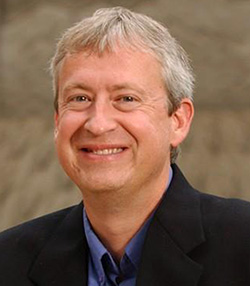 Doug Kenney: The current problem with the river’s water budget is in the lower basin. For much of this century, California, Arizona, Nevada, and Mexico have consistently pulled about 1.2 million acre-feet more water out of Lake Mead than enters it each year. That’s basically five years of water supply for Las Vegas. You can get away with that much overuse by drawing down reservoir storage—which is what we’ve been doing—but that’s not sustainable. So we need to accelerate efforts to scale back consumption. That’s what the DCP was designed to do—it’s mandated belt tightening.

In the upper basin states it’s a very different situation—water use in Colorado, New Mexico, Utah, and Wyoming is currently at a stable and reasonable level. But future use is expected to increase, while natural inflows are declining as the region continues to warm from climate change. The upper basin states can legally develop more water supplies, but the reality is that water isn’t likely to be reliably available. There’s a disconnect between how much water the upper basin states were promised and how much actually exists.

PPIC: What is needed to achieve sustainable management in the basin?

DK: The primary emphasis has to be on using less water. Given that most water in the basin is used for agriculture, that sector has the greatest potential to save water. Paying farmers to fallow some fields is probably the most appealing option. However, there are legal, financial, and cultural issues to deal with.

In most of the west, efforts to incentivize agricultural demand management have been pretty primitive—with the exception of Southern California, which has had major success trimming farm water use in the Imperial and Palo Verde water districts. Those programs aren’t perfect, but they are happening at a sufficiently large scale to make a significant contribution to addressing the regional water budget problem. In most other places in the basin, these types of programs are much smaller, and there’s a lot of skepticism about scaling these efforts up. The politics are very delicate, as these mechanisms would reallocate water from farms to cities. But you can’t ignore the math or the economics. Some sort of agricultural demand management will have to be a core element of any sustainable water use plan in the basin. The challenge is to do it in a way that is fair and protects the socioeconomic fabric of rural areas.

PPIC: What’s next for the basin’s water planning?

DK: The next steps are big ones. The operation of Powell and Mead is governed by interim guidelines that expire after 2026. Some key arrangements between Mexico and the US also expire then. The states are required to begin negotiating new rules to replace the expiring arrangements no later than 2020. This figures to be a really complex and very politically difficult negotiation, so there’s real interest in setting up the right process to get it done. That’s where many of us are focused right now—identifying the process that gives the negotiations the best chance for success.

PPIC: The DCP didn’t address ecological and health problems at California’s troubled Salton Sea. What’s next for the sea?

DK: At this point it’s about figuring out how to pay for what everyone knows has to be done. I’m convinced we’ve reached a turning point on the Salton Sea. There’s momentum within and outside of California to find a solution. It was disappointing that the DCP didn’t address the issues, but it wasn’t due to a lack of concern or effort—essentially, folks ran out of time. But I hear a consistent message from every sector and state: we need a solution for the sea. There’s an old maxim in this basin: anything is possible if all seven states can agree to it. I’m hopeful that this can apply to the Salton Sea crisis