Across California and the nation, the push for greater accountability and transparency in policing has gained momentum, driven by serious concerns about disparities experienced by people of color. One way to understand such disparities is to examine “stop data,” which records detailed information about interactions between police officers and the general public. Our analysis shows that Latinos, the largest race/ethnic group in the state, are less likely to be stopped for reasonable suspicion than Black or white individuals. However, Latinos are more likely than others to be stopped for a traffic violation.

Our previous work on differences between Black and white experiences of policing showed that Black Californians are overrepresented in police stops and more likely to be stopped for reasonable suspicion than any other race/ethnic group. Here we assess how Latino residents fit into the picture, examining outcomes with the California Highway Patrol (CHP) and local law enforcement agencies. (Forthcoming work will include findings on more of California’s racial/ethnic groups.) The data we use includes all stops made by the state’s 15 largest law enforcement agencies in 2019.

Stop Data: A stop is defined as any detention by a police officer of a person, or any police officer’s interaction with a person in which the officer conducts a search. Our data comes from the California Highway Patrol, the police departments of the cities of Fresno, Long Beach, Los Angeles, Oakland, Sacramento, San Diego, San Francisco, and San Jose, and the sheriff departments of Los Angeles, Orange, Sacramento, San Bernardino, Riverside, and San Diego Counties. 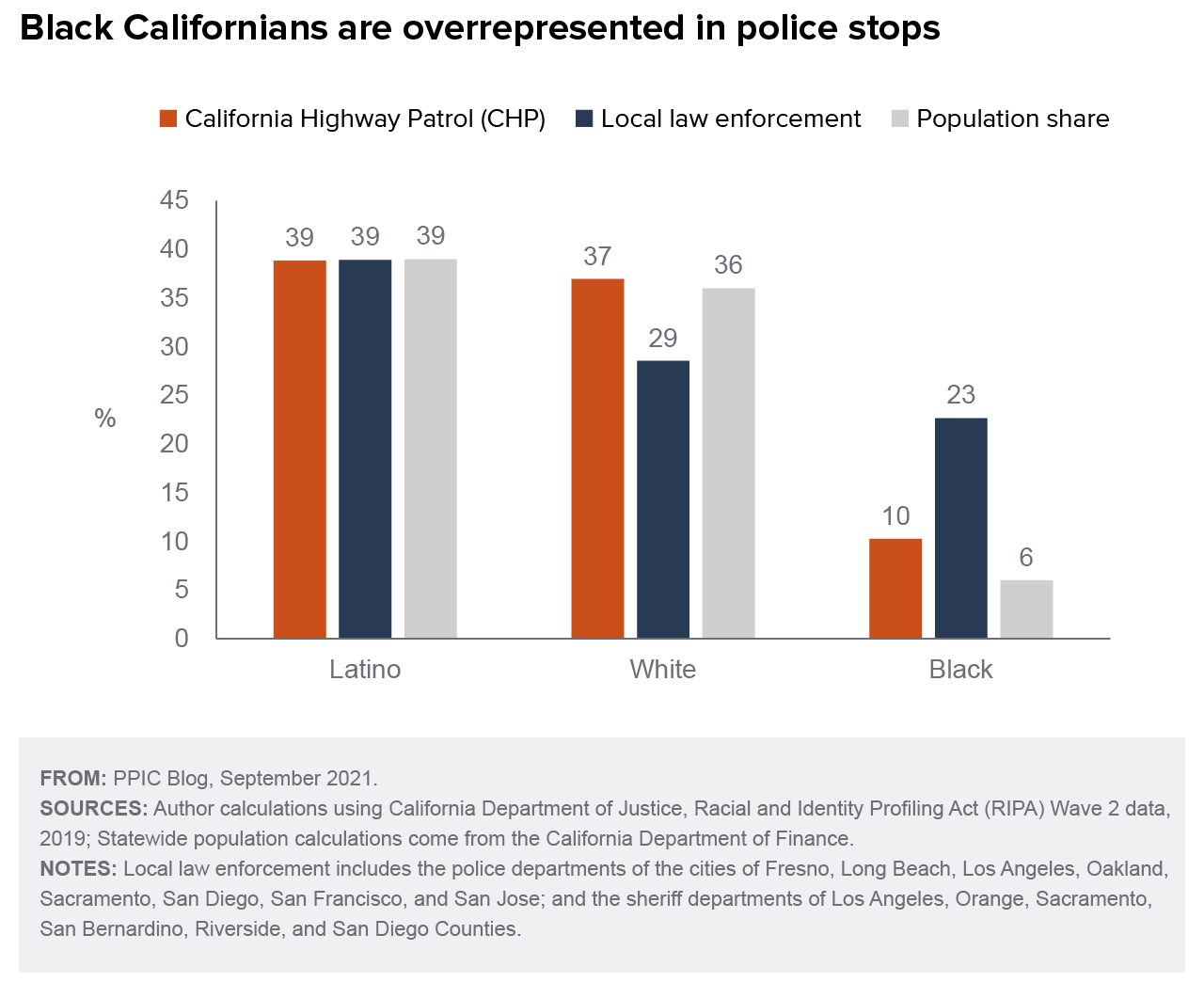 The police stop individuals for a number of reasons, which vary both by agency and by race/ethnicity. Almost all stops made by CHP are for traffic violations (99.5%), which accords with its mission to maintain traffic safety. And while traffic violations make up about 68% of local law enforcement stops, the broader scope of duty among local agencies leads to additional reasons for police stops. Reasonable suspicion (26%) makes up the next largest category of stops by local agencies, while “other” stops (6%) – including stops of individuals with an arrest warrant or known to the officer to be on parole or probation – is a distant third.

How does all this break down along racial/ethnic lines? Among CHP stops, we find little variation: 99% of stops for Latino, Black, and white Californians are for traffic violations. But the story with local law enforcement agencies is very different. Here we find that higher shares of Latinos are stopped for traffic violations (71%) than Black (61%) or white (64%) people. Conversely, a lower share of Latinos are stopped for reasonable suspicion (23%) than Black (32%) or white (29%) people. 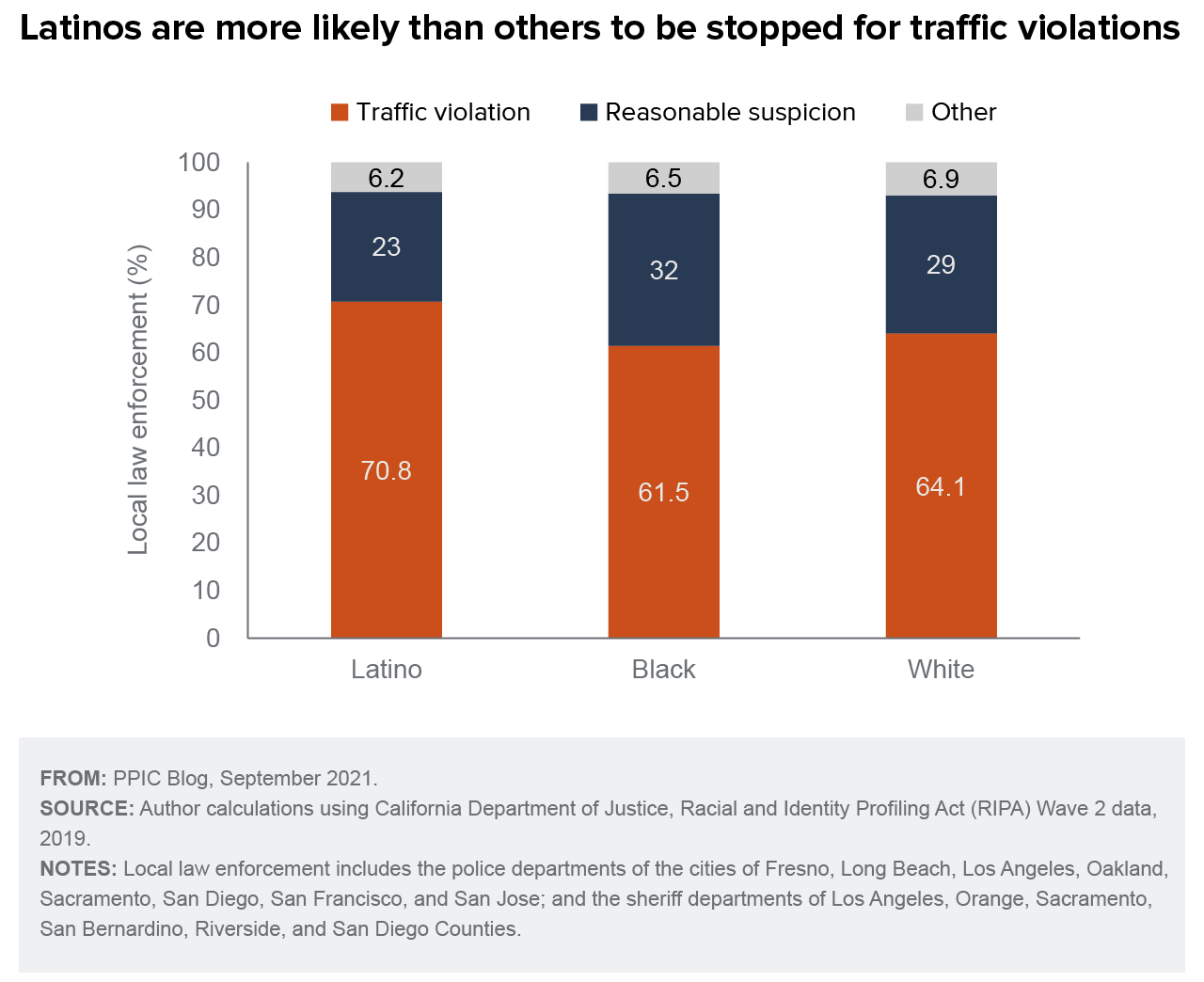 These disparities raise questions rather than provide answers—quantifying them is just a first step in understanding differing experiences of law enforcement among racial/ethnic groups across our state. Upcoming PPIC reports and events will be taking a deeper dive into California’s stop data to better identify these experiences and consider their implications for public policy.