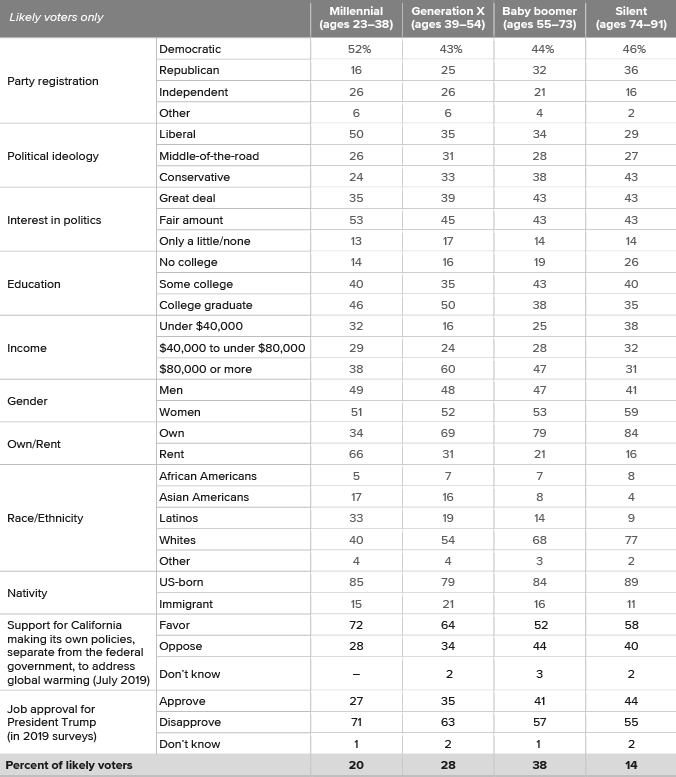 NOTES: “Likely voters” are registered voters meeting criteria on interest in politics, attention to issues, voting behavior, and intention to vote. For a full description of these criteria and regional definitions, visit www.ppic.org/wp-content/uploads/SurveyMethodology.pdf. There is no prevailing consensus among researchers concerning the definitions for each of these generational groups. Our definitions are informed by the US Census Bureau and are as follows: millennial (ages 23–38), generation X (ages 39–54), baby boomer (ages 55–73), and the silent generation (ages 74–91).

Supported with funding from the James Irvine Foundation